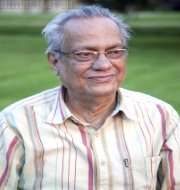 Eminent tabla player Pandit Shankar Ghosh passed away in Kolkata, West Bengal following a prolonged illness. He was 80.
He was amongst the most well-known tabla players in the country and followed the Farukhabad gharana of Hindustani classical music.