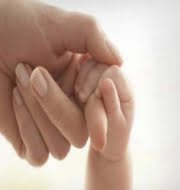 Lok Sabha has passed Surrogacy (Regulation) Bill 2016 on 19th December 2018 to protect surrogacy in the country. The bill has banned commercial surrogacy and allows only altruistic surrogacy. The bill protects the rights of the surrogate mother and the child born from surrogacy and promotes ethical surrogacy. Surrogacy is defined as an agreement between a couple who cannot conceive and a surrogate mother to carry their child.

The board consists of:

The bill was first introduced in Lok Sabha as The Surrogacy (Regulation) Bill 2016 on 21 November 2018. In 2017, it was then referred to Parliamentary Standing Committee on Health and Family Welfare. 102nd report of the bill was placed in Rajya Sabha and Lok Sabha last year.

The surrogacy which includes sale or purchase of human embryo or gametes or surrogate mother. If the surrogate mother will be rewarded remunerations or financial benefits other than medical expenses.

The surrogacy which includes no financial benefits to the surrogate mother other than medical expenses. It includes insurance coverage for the mother and protects the ethics of society.