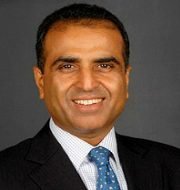 Bharti Enterprises founder and Chairman Sunil Bharti Mittal (58) was bestowed with 2016 Harvard Business School Alumni Achievement Award.
Sunil Mittal is Indian telecom tycoon, entrepreneur and philanthropist. He is the founder, chairman and Group CEO of Bharti Enterprises, which has interests in telecom, financial services, retail and agri business.
The Group flagship Bharti Airtel, with operations in 20 countries across Asia and Africa and has customer base of over 275 million. It is India’s largest telecom company and world’s third largest mobile operator.
He is listed as the eight richest person in India by Forbes with a Net worth of 7 billion dollars. In 2007, he was awarded the Padma Bhushan, India’s third highest civilian honour.

The award the highest honour the Harvard Business School confers on its alumni who have contributed significantly to their companies and communities while upholding the highest standards and values. It is presented annually since 1968.