Students clean up beaches as part of ‘Nirmal Tat Abhiyaan’ 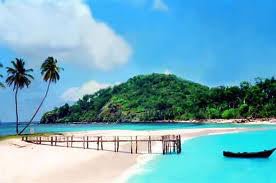 Around 460 students of government schools cleaned up the beaches in the city as part of the ‘Swachh – Nirmal Tat Abhiyaan’ that was launched on 11 Nov. The Environment Ministry is undertaking a mass cleanliness-cum-awareness drive in 50 identified beaches under the initiative. The weeklong programme is being conducted in the coastal cities and towns on the east, west and southern coast of India in collaboration with the National Green Corps. The Centre has also appointed nodal officers from the Ministry of Forestry to oversee the programme. The identified beaches are in 10 coastal States/ UTs namely Gujarat, Daman & Diu, Maharashtra, Goa, Karnataka, Kerala, Tamil Nadu, Puducherry, Andhra Pradesh, and Odisha. The beaches have been identified after the consultation with the States/UTs.