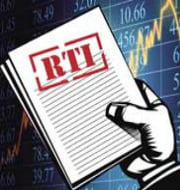 The Strategic Forces Command (SFC) which forms part of the National Command Authority (NCA) has been added to the Second Schedule of the Right to Information Act (RTI), 2005.
In this regard, Union Government has issued a notification mentioning SFC has been brought under sub-section (2) of Section 24 of the RTI. The Section 24 of the RTI exempts security and intelligence establishments from its purview.
Section 24 and Second Schedule of RTI

Section 8 of the RTI: It deals with exemption from disclosure of information under this legislation. It says that there shall be no obligation on Government to provide any citizen information, disclosure which will affect (i) India’s sovereignty and integrity, (ii) security, (iii) strategic, scientific or economic interests of the state and (iv) relations with foreign States or (v) will lead to incitement of an offence.