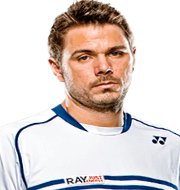 World No. 4 Stanislas Wawrinka from Switzerland has won the 2016 Chennai Open title of tennis.
In the summit clash at Nungambakkam tennis stadium in Chennai, he defeated the Borna Coric (World No. 33) of  Croatia by 6-3, 7-5 score.
This was his third consecutive ATP Chennai Open title for Wawrinka (won in 2014, 2015 and 2016) and overall fourth, first won it in 2011. With this win, Wawrinka pocketed US $ 75,700 and won 250 ranking points.

The Chennai Open is a professional tennis tournament played on outdoor hard courts. It is currently part of the ATP World Tour 250 series of the Association of Tennis Professionals (ATP) World Tour.
It is held annually in the month of January at the SDAT Tennis Stadium in Chennai, Tamil Nadu. It is owned by IMG and organized by IMG Reliance.