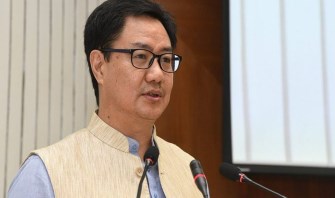 The Ministry of Sports has launched the Fit India Freedom Run Event, a country-wide event that promises to become a fitness phenomenon in the coming days in the country. It has been launched virtually by the Sports Minister Kiren Rijiju.

About the Fit India Freedom Run

In the event, the participants are allowed to run at their place and also at their own pace at a time suitable for them between August 15 and October 2. This has been decided due to the onset of the COVID 19 Pandemic in the country.

Armed forces such as the Border Security Force, Indo-Tibetan Border Police and Central Reserve Police Force will take part in this event and they will be accompanied by the Indian Railways, CBSE and ICSE schools in the country.

Apart from these, the volunteers from the Nehru Yuva Kendra Sangathan and the National Service Scheme and trainees of the Sports Authority of India will also be present in the event as the participants.

What is Fit India Movement?

The Fit India Movement is a people’s movement that is aimed at making fitness as part of the lifestyle of the citizens of the country. This was launched by the Prime Minister on the occasion of the National Sports Day on August 29.

August 29 is the birthday of the famous hockey player of the country, Major Dhyan Chand Singh and that is why; it is observed as the National Sports Day in the country. On this day, the awards such as the Khel Ratna, Arjuna Awards, Dronacharya Awards and Dhyan Chand Awards are bestowed on the winners, by the President.