Single use plastics to be banned inside monuments: Govt 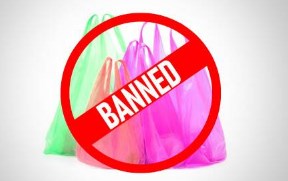 Single-use plastic will be banned inside and within a 100 metre periphery of all Archaeological Survey of India (ASI) protected monuments across the country. The announcement in this regard was made by Union Tourism Minister Prahlad Patel on the sidelines of the launch of the tourism ministry’s annual ‘Paryatan Parv’ in New Delhi. The Paryatan Parv showcases traditional cuisines and handicrafts from across Indian states and is an attempt by tourism ministry to promote tourism in India.

Efforts are being made to phase out single-use plastics in various organisations of ASI and Union Ministry of Tourism. While the efforts to this effect began on 17 September 2019 but complete clamp down is likely to be achieved soon.

Prime Minister Narendra Modi had already urged people to shun single-used plastics and had asked the general public to make it a mass movement. PM Modis’ call to people to stop using single-use plastic is in line with Mahatma Gandhi’s Thoughts on sustainable and clean tourism.

However, the government has shelved the plan to outlaw single-use plastics on the 150th anniversary of the birth of Mahatma Gandhi on grounds that it would have be disruptive to a stressed industry as it copes with an economic downturn.