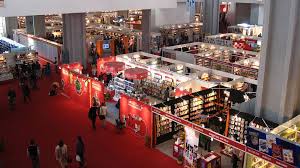 The Sharjah International Book Fair (SIBF) 2019, an annual international book fair was inaugurated in Sharjah, United Arab Emirates (UAE). It was inaugurated by Sheikh Dr Sultan bin Muhammad Al Qasimi, the sovereign ruler of Emirate of Sharjah and the Federal Supreme Council Member. The debut edition of SIBF was launched in 1982.

The Guest of Honour country at 38th SIBF is Republic of Mexico.

Fair will bring together a host of Arab and international guests and celebrities such as Orhan Pamuk, the first Turkish novelist to win 2006 Nobel Prize for Literature; leadership guru, Robin Sharma. Also, a number of Indian authors and personalities are expected to be part of this event.