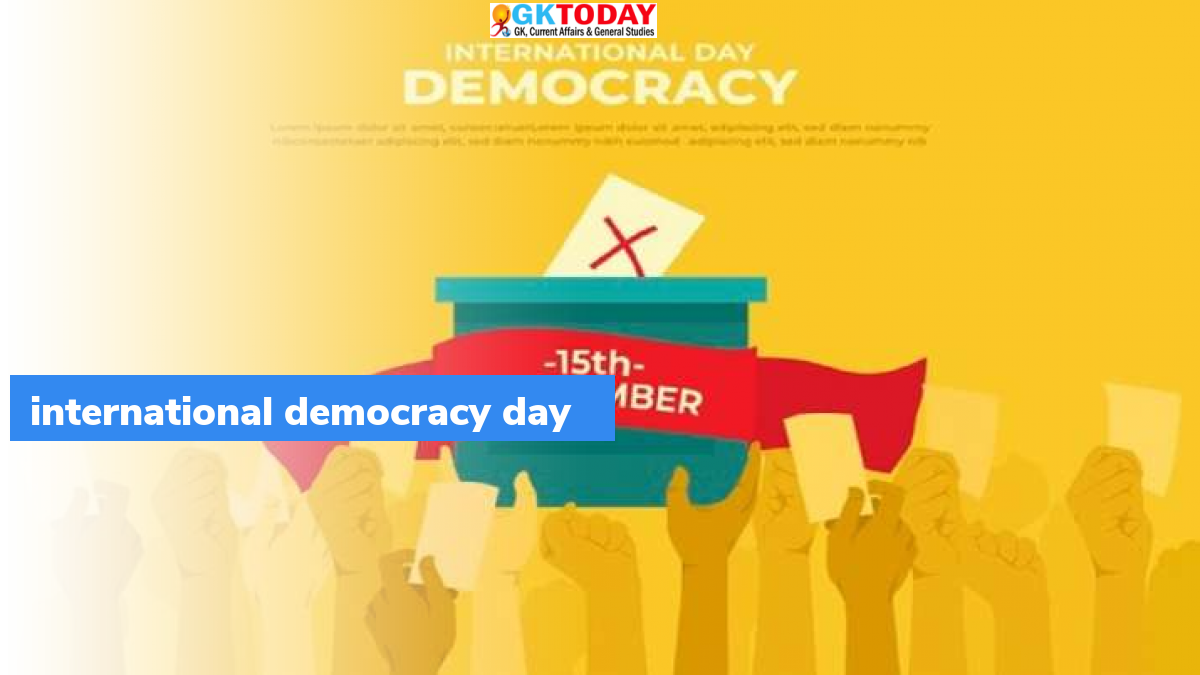 International Day of Democracy was observed on September 15, 2021, in order to review the state of democracy across the globe.

Theme of International Day of Democracy for year 2021 is “Strengthening democratic resilience in the face of future crises”.

Why this day is celebrated on September 15?

IPU had suggested to celebrate this occasion on September 15, every year in order to commemorate the adoption of Universal Declaration on Democracy 10 years ago. First such celebration was held in 2008. Every year, events are organised under an individual theme.

United Nations notes that, the International Day of Democracy provides an opportunity to review “state of democracy” worldwide. Democracy is a process as a goal which can be made into a reality only with the full participation of international community. Essential elements of democracy include: values of freedom, respect for human rights and holding periodic & genuine elections by universal suffrage.