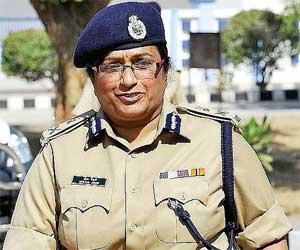 Senior IPS Officer Geeta Johari was appointed as new Director General of Police (DGP) of Gujarat. With this, she became first woman IPS officer to be appointed as DGP of the state. She will replace P.P. Pandey – acting DGP of the state. Mrs. Johari is IPS officer of 1982 batch. Prior this appointment, she was working as Head of Gujarat Police Housing Corporation. She will retire in November 2017.