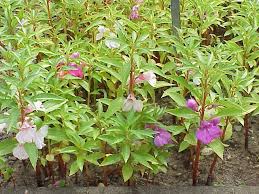 Scientists have discovered four new balsam species from various locations in Eastern Himalayas in northeastern state of Arunachal Pradesh. They are Impatiens haridasanii, Impatiens pseudocitrina, Impatiens nilalohitae and Impatiens roingensis. Infrastructure project like road widening works, deforestation and other development activities are posing a threat to the natural habitat of the new species.

Impatiens haridasanii: It was discovered in Pongchan. The species is characterised by small yellow flowers and hairy leaves. It has been named after Haridasan, former scientist, State Forest Research Institute, Arunachal Pradesh, for his contribution to the taxonomy of the north-eastern States.
Impatiens pseudocitrina: It was discovered in Anjaw district. It sports bright yellow flowers with small red spots on the throat and has long spur at the back. Its name denotes similarities with I. citrina.
Impatiens nilalohitae: It was discovered from the Lower Dibang valley. It grows to height of more than one metre and has dark purple flowers with pale yellow throat and green stalk. Its name denotes dark purple colour in Sanskrit.
Impatiens roingensis: It was found growing in Roing and Upper Siang. It has clustered white flowers with yellow patch on the mouth and hooked spur.

Balsams are commonly known as jewel weeds because of diverse colour of their flowers. They are distributed throughout the Eastern Himalayas and the Western Ghats, Sri Lanka, South East Asia, Africa and Madagascar. Their genus is called Impatiens, signifying impatient nature of their fruits which explode when touched. India is home to more than 230 balsam species.