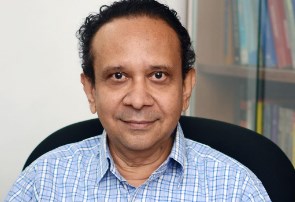 The 62 year old Physicist and Cosmologist Thanu Padmanabhan was conferred the prestigious M P Birla Memorial Award 2019 for his contributions to the world of cosmology. He received the award at a programme held at M P Birla Planetarium in Kolkata. The planetarium is currently in its 54th year and had played a pioneering role by initiating an Astronomy Awareness Programme in 1965.

He is a professor of Inter-university Centre for Astronomy and Astrophysics in Pune, Maharashtra. He is a Shanti Swarup Bhatnagar awardee as well as a Padma Shri-recipient scientist (2007).

He is a visiting faculty to several institutes in the US and the UK and has contributed to the fields of general relativity, gravitation and cosmology. He is currently involved an adjunct faculty member of IISER (Mohali), IISER (Trivandrum) and Jamia Millia Islamia and had been adjunct faculty of TIFR, IISER (Pune), Raman Research Institute and Harish Chandra Research Institute.

The award was established in 1993 to recognise the excellence in research in space science, astrophysics, astronomy, and related areas. It comprises a citation, trophy and a cheque for Rs 2,51,000.