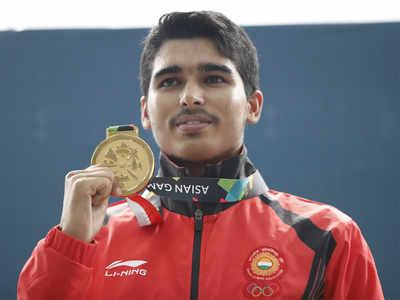 He hails from Kalina village in Meerut, Uttar Pradesh. He is son of farmer. Started shooting atage of 15 in Meerut. He was trained with senior shooters in the run-up to the 2018 Asian Games. He had won gold medal while setting new World record at the ISSF Junior World Cup in Germany in June 2018. He will participate in 2018 Youth Olympics in Buenos Aires, Argentina in October 2018. He had won gold medal with junior world record at 10th Asia Youth Olympic Games qualification event in December 2017.