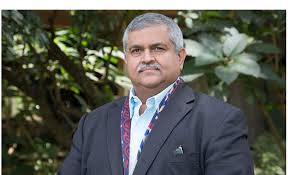 Indian development economist and environment expert Satya S. Tripathi was appointed as has been appointed assistant secretary general of United Nations and will head New York office of UN Environment Programme (UNEP). He was appointed by UN Secretary-General Antonio Guterres.

Tripathi holds commerce and law bachelors degrees and masters in law from Berhampur University in Odisha. He has rich experience of over 35 years with UN and has worked at UN since 1998 in Europe, Asia and Africa on strategic assignments in sustainable development, human rights, democratic governance and legal affairs. Since 2017, he has been senior adviser to UNEP on 2030 Agenda for Sustainable Development. He also had served as UN Recovery Coordinator for $7 billion post-tsunami and post-conflict recovery efforts in Aceh and Nias in Indonesia. He also had chaired Committees on Laws and Treaties for the UN-mediated Cyprus unification talks in 2004. He also has served as director and executive head of UN Office for Reducing Emissions from Deforestation and Forest Degradation in Developing Countries (REDD)+ Coordination in Indonesia.
Note: Satya Tripathi is possibly third-highest ranking Indian in UN bureaucracy at present after Atul Khare, an under-secretary general who heads department of operations and Nikhil Seth who is assistant secretary general and had headed Geneva-based UN Institute for Training and Research in 2015.