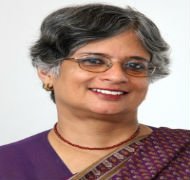 Background
Earlier in December 2014, the Presidents of the UN General Assembly and the Security Council had asked the Secretary-General to nominate up to seven experts to form an Advisory Group on the review of the peace-building architecture.
About Saraswathi Menon