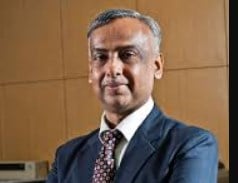 The Appointments Committee of Cabinet (ACC) has approved the appointment of senior IAS officer Sanjeev Nandan Sahai as the new power secretary. The order in this regard was issued by Union Ministry of Personnel, Public Grievances & Pensions.

He is a 1986-batch IAS officer of union territories (UT) cadre. He is at present serving as the special secretary in power ministry.

He would be replacing Subhash Chander Garg who superannuates on 31 October 2019. Garg, who would have retired next year (2020) after completing 60-year age of superannuation, was removed as finance secretary soon after budget was passed by Parliament and appointed power secretary in July 2019. Garg had sought voluntary retirement after being shunted out from the post of finance secretary and was serving a 3-month notice period pending acceptance of his voluntary retirement.

Nagendra Nath Sinha appointed NHAI Chairman- He is a 1987 batch IAS officer as the Chairman of National Highways Authority of India (NHAI). He is will take Sharma’s place in BRO.