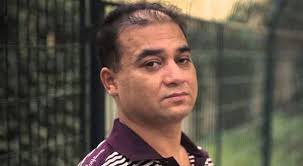 The European Union (EU) Parliament awarded the ‘Sakharov Prize for Human Rights’ to Uighur intellectual Ilham Tohti (49), who has been jailed and sentenced to life imprisonment in China for “separatism”. The award was announced by European Parliament head David Sassoli, who also urged China to immediately release Ilham Tohti as well as called for the respect of minority rights in China.

About The Sakharov Prize

It is awarded by the European Union (EU) Parliament annually for free speech. It was constituted in memory of Soviet physicist and dissident Andrei Sakharov.

He was a former Professor of economics at a Beijing university. In 2014, he was sentenced to life in prison following a show trial. He has worked for more than 20 years on the situation of Uighur minority and on fostering inter-ethnic dialogue and understanding in China.

In September 2019 he also won another of Europe’s top human rights awards called ‘Vaclav Havel prize’, for “giving the entire Uighur people a voice”. He was also nominated by US lawmakers for ‘Nobel Peace Prize’, amid growing scrutiny of China’s treatment of Uighurs.