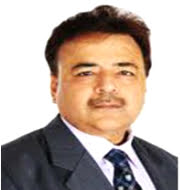 Senior IAS officer Sailesh has been appointed as Registrar General and Census Commissioner  (RGCC) of India.
His appointment was confirmed by Appointments Committee of Cabinet (ACC) headed by Prime Minister Narendra Modi.
He has been appointed for a period till July 28, 2017 and shall succeed C Chandramouli after he completed his tenure.
Sailesh is a 1985 batch IAS officer of Assam-Meghalaya cadre. Prior to this appointment he was serving as Additional Secretary in the Union Home Ministry.

About Registrar General and Census Commissioner of India