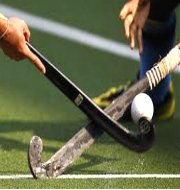 Sports Authority of India (SAI) and Hockey India jointly announced that High Performance Centres would be established in seven places across the country. The Centres are expected to provide world-class facilities to Junior and Sub-Junior hockey players.

The Centres, which would provide international exposure to players, will be monitored by Hockey India. Four Centres including the National Hockey Academy at Dhyan Chand National Stadium will be functional within three months. This step is taken to promote the game and groom young players for the upcoming Olympic Games.