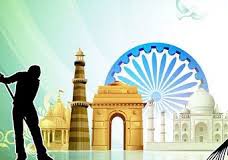 The Ministry of Housing and Urban Affairs on December 31, 2019, released Swachh Survekshan League in New Delhi. Around 4,372 cities participated in the league. It is a cleanliness survey that helps in competitive federalism.

In the category of 10 lakh plus population, Indore secured first place. Indore has remained in first place for the last three years. Following Indore, Bhopal and Surat are in second and third places respectively. In the category of population between one lakh and 10 lakhs, Jamshedpur was in 1st spot following New Delhi and Khargone.

The focus of the survey was on waste water treatment, faecal sludge management. The survey also focused on implementation of ODF+, water plus and ODF++ protocols of the ministry of housing and urban affairs.

In Competitive Federalism, the relationship between Central and state governments are vertical and between the state governments are horizontal. The ranking of the cities based on cleanliness helps in promoting competition among them. The idea was mooted during economic reforms in the country in 1990s. The states will compete with each other that will help achieve efficiency in administration also will enhance developmental activities.