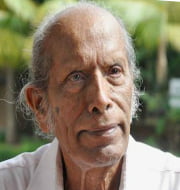 Renowned Kerala cartoonist V T Thomas passed away following a brief illness at in Kottayam, Kerala. He was 86.
He was popularly known as Toms and had created the legendary cartoon characters Boban and Molly (Bobanum Moliyum).