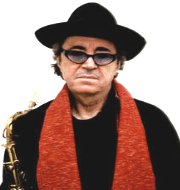 Renowned Latin jazz saxophonist Leandro Gato Barbieri passed away in New York, US due to pneumonia. He was 83.
He had won a Grammy Award for best instrumental composition for his music for Last Tango In Paris in 1973.