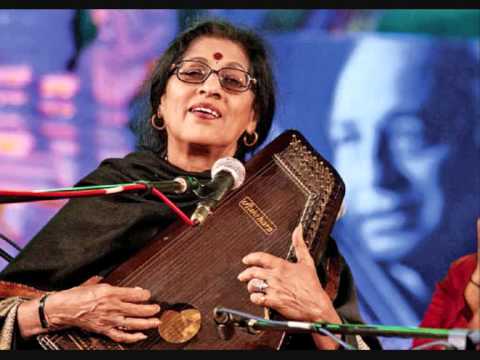 Renowned Hindustani classical vocalist Kishori Amonkar passed away. She was 84. She was recognised as one of the foremost singers in the Hindustani tradition and as an innovative exponent of the Jaipur gharana.  She was born on April 10, 1932. She had learned classical music from her mother Mogubai Kurdikar who was the well-known vocalist. She also had developed her own personal style, which reflected the influence of other gharanas and was generally regarded as an individual variant of the Jaipur tradition. She was primarily known for her skillful singing of classical khayals set in the traditional ragas of Hindustani music, but also performed the lighter classical genres of thumri, bhajans and film music. She was awarded the Padma Bhushan (1987) and Padma Vibhushan (2002) and became fellow of Sangeet Natak Akademi (2010).