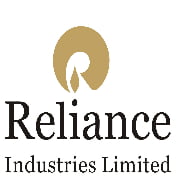 RIL achieved Rs 8 lakh crore m-cap feat, after its shares rose by 1.86% to close at a record high of Rs 1,269.70 on Bombay Stock Exchange (BSE) in intra-day trade, elevating its market cap to Rs 8.05 lakh crore. So far this year, RIL shares surged over 38 per cent.
RIL added the latest Rs 1 trillion in market cap in just 23 trading sessions. It had first crossed Rs 7-trillion market cap in July 2018 (for second time after it had achieved $100 billion m-cap and for first time in 2007). It took 181 trading days to move from Rs 6 trillion to Rs 7 trillion m-cap. Currently, RIL’s market value accounts for 5% of India’s total market cap.
The market valuation of RIL is considerably higher than IT giant Tata Consultancy Services (TCS’) Rs 7,77,870 crore m-cap. TCS was first Indian IT company to reach Rs. 7 lakh crore ($100 billion club) market capitalisation (m-cap) milestone in May 2018 and second company after to achieve milestone after RIL.

It is an Indian conglomerate company founded in 1977 by Dhirubhai Ambani. It is headquartered in Mumbai, Maharashtra, India. At present, Mukesh Ambani is its Chairman and MD of RIL and owns about 47% stake in it.
RIL is engaged in energy, petrochemicals, textiles, natural resources, retail, and telecommunications. It is second largest company in India as measured by revenue after government-controlled Indian Oil Corporation. It is ranked 203rd on the Fortune Global 500 list of the world’s biggest corporations as of 2017. It is ranked 8th among the Top 250 Global Energy Companies by Platts as of 2016.