Reliance Communications and Aircel to be merged 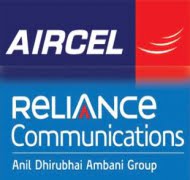 Anil Ambani led Reliance Communications (RCom) has signed a deal with Maxis Communications Berhad (MCB) for merger of wireless businesses of Aircel Limited with itself.
The merger is considered as the largest-ever consolidation in the Indian telecom sector. The merged entity will be country’s fourth-largest phone company in terms of customers and revenue.
Key Facts