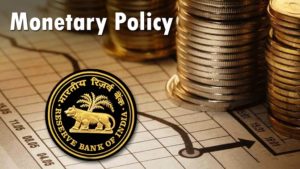 Reserve Bank of India (RBI) in its third Bi-monthly Monetary Policy review for financial year 2019-20 has reduced its key policy rate (repo rate) by an unorthodox 35 basis points to 5.40%. This takes the benchmark lending rate to a nine-year low. It was overall fourth consecutive interest rate cut this year, bringing down repo rate (rate at which the RBI lends funds to banks) — by total of 110 basis points from 6.50%.

It is a statutory body established underprovisions of RBI act 1934. It is mandated to keep the inflation within targets set by government in consultation with RBI. It also accomplishes the task by making suitable changes to policy rate i.e. repo rate. Its meetings are held at least 4 times a year and publish its decisions after each such meeting.