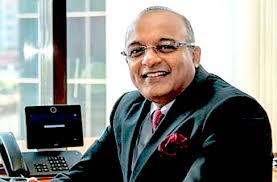 The Reserve Bank of India has finally given approval for the appointment of Sashidhar Jagdishan as the MD-CEO of the HDFC Bank and the news has been intimated by the largest private sector lender. The bank will now hold a general meeting in order to ratify the appointment of Sasidhar Jagdishan as the MD-CEO of the bank. He is going to replace Aditya Puri who will superannuate on October 26, 2020.

Who is Sasidhar Jagdishan?

He has over 25 years of experience in the banking and finance sector and is presently heading the Finance, Human Resources, Legal and Secretarial, Administration, Infrastructure, Corporate Communication and Corporate Social Responsibility arenas in HDFC Bank. He first joined the bank in 1996 as a Manager in the Finance specialization and then proceeded to become the Business Head-Finance in 1999 and finally the Chief Financial Officer in the year 2008.

The present MD-CEO of the bank, Aditya Puri, has been at the helm of the bank since its inception in 1994 and will retire in October as he reaches the maxim age limit of 70 years for the MD-CEO post, as stipulated by the RBI. He has become the longest-serving CEO of any bank in India. Puri has been instrumental in growing the balance sheet of the bank by CAGR of 20% since the inception itself. Jagdishan has been a close aide of Puri since he joined the private sector bank in 1996.