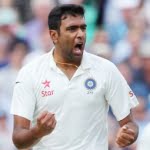 India’s Ravichandran Ashwin has won the international cricketer of the Year Award at the CEAT Cricket Rating (CCR) International awards 2017. He was presented with an award at a function held at the Cricket Club of India by former cricketer Sunil Gavaskar and Harsh Goenka of RPG Enterprises. Ashwin has taken 99 wickets in the past 12 months.
Batsman Shubhman Gill has been awarded with the Young Player of the Year award for his stellar performance during the India-England U-19 ODI series