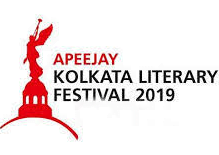 Prabha Khaitan Woman’s Voice Award popularly known as Woman’s Voice Award aims to recognize and encourage creative writing by women in India, to help build a network of women writers across India by creating a forum for their work, and to support the publication of new creative writing by women in India. It is a joint initiative between Oxford Bookstore and Prabha Khaitan Foundation.

Apeejay Kolkata Literary Festival (AKLF) was the first literary festival of India. It is also the only literary Festival to be driven by a bookstore and it celebrates books, music, art, film. AKLF d explores literature as part of our tangible and intangible heritage.