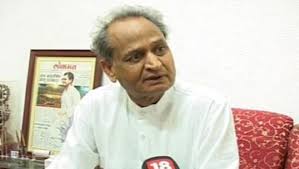 The Rajasthan government has decided to start the Indira Rasoi Yojana in the urban areas of the state with effect from August 20 and necessary instructions in this regard have already been issued by the government.

The scheme, named after the former Prime Minister India Gandhi, is meant to provide the poor with quality nutritious food at a price as low as Rs 8. The government is going to spend Rs 100 crore per year on this scheme. The scheme will be implemented with the spirit of public service, transparency and public participation so that it can involve more people in the lines of community development. The government plans to establish this as a model scheme for the country.

Administration of the Scheme

The state government has decided to establish committees at the state as well as district levels so that local area engagement can be ensured in implementing this scheme. Also, service-oriented institutions and voluntary organizations will be utilized for the operation of the scheme. The district collectors in each state will be responsible to select such institutions at their level. The state government would give a grant of Rs 12 per plate, across 213 urban local bodies in the state. IT-enabled monitoring will be ensured of the scheme as the beneficiary will get information through SMS on the mobile as soon as he takes the coupon. The designated kitchens will be monitored with the help of a mobile app and CCTV cameras.

The scheme is going to cover 4.87 core people in the state from the target areas and a menu of 100 grams of pulses, 100 grams of vegetables, 250 grams of chapatti and pickles has been set in the food.