Rajasthan mulls 75 per cent reservation for locals in Private Jobs 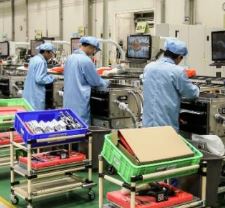 The Rajasthan government is exploring the possibility of providing 75 per cent reservation to local people in private jobs.

The proposal is still at initial stages and the government is engaging with all the stakeholders to examine the feasibility of the idea. The Confederation of Indian Industries (CII); Department of Factories and Boilers; Department of Industries, Department of Labour along with the Rajasthan Skill and Livelihood Development Corporation have been asked to present their views on the proposal in the brainstorming session.

Similar Attempts in Other States

The Andhra Pradesh Employment of Local Candidates in Industries and Factories Bill, 2019 provides for a reservation in the employment of at least 75% state candidates (locals) in all private industrial units and factories, irrespective of whether companies get financial or any other help from government.

The bill even mandates that if locals with necessary skills are not available, then companies must train them in association with state government and hire them.

The bill has exempted only those units listed in 1st schedule of Factories Act (mostly hazardous industries like petroleum, pharmaceuticals, coal, fertilizers and cement, among others) from providing reservations but they are required to seek the approval of government for the same.

The “Go Electric” campaign was launched by Bureau of Energy Efficiency (BEE) in coordination wit...