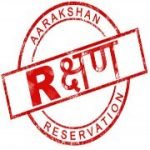 The Rajasthan High Court has scrapped the Rajasthan Special Backward Classes (SBC) Reservation Act, 2015 that provided 5% quota to five communities, including Gujjars in jobs and education.
The verdict was given on bunch of writ petitions challenging the 2015 Act on grounds of violation of Supreme Court mandated limit of 50% on reservation.

In this case, Rajasthan High Court had used Supreme Court verdict pronounced in Indra Sahwney case (Mandal Commission) which had set ceiling of 50% in quotas.

In September 2015, Rajasthan State Assembly had SBC reservation bill along with a separate Bill for giving 14% reservation to Economically Backward Classes (EBC). Both bills had received assent of Governor Kalyan Singh. The SBC Reservation Act had given 5% reservation to Gujjars, Banjara, Gadia Lohar, Raika and Gadariya communities in jobs and education. It was notified after the repeal of the controversial legislation of 2008 on the same subject. However, state government had not notified the law on EBC quota.