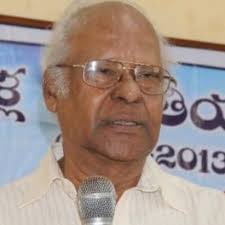 Veteran actor, writer, director and producer Raavi Kondaal Rao has passed away owing to a cardiac arrest on July 28 at a private hospital in Hyderabad. He was 88 at the time of his death and has been associated with more than 600 south Indian movies, primarily in Telegu Cinema. His wife with more than 600 movies in her credit, Radha Kumari Rao, died in 2012.

Raavi Kondala Rao made his debut with the Telegu movie ‘Sobha’ in 1958 as an actor. Before starting his career in the film industry, he also worked as an editor, writer and columnist for the English and Telegu dailies and weeklies.

Born in 1932 in Srikakulam District of Andhra Pradesh, he started his career as a journalist while studying Fourth Form in 1947. His father was a postmaster whereas his grandfather was a royal priest. He has remained in close touch with Telegu cinema idols such as Bapu  Ramana, Gollapudi Maruthi Rao, Rallapalli, among others.