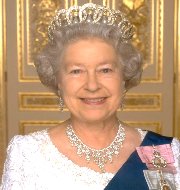 Queen Elizabeth II on 9th September 2015 became the longest-reigning Monarch of Britain and the longest-reigning female monarch in history.
She surpassed the previous record held by her great-great-grandmother, Queen Victoria who had reigned thousand-year-old dynastical institution of Britain for more than 63 years and 7 months.
It should be noted that, presently Queen Elizabeth II (88 years old) is world’s oldest living monarch.