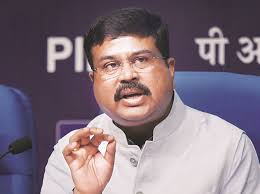 The Union Minister for Petroleum & Natural Gas and Steel, Dharmendra Pradhan on Saturday, 11th January 2020 will launch ‘Purvodaya’ which is in line with the vision of Prime Minister of India for focused development of Eastern States of India. The launch event will take place at The Oberoi Grand hotel in Kolkata. Purvodaya is the accelerated development of Eastern India through an Integrated Steel Hub under which a world-class steel hub would be created that will contribute to the socio-economic development of the Eastern region of the country. The steel hub once completed will create employment opportunities in the region which will also be accompanied by the development of manufacturing industries such as logistics hubs, transport facilities, utility industries, etc around the region is estimated to create more than 25 lakh jobs once completed.

Eastern India states are extremely rich in resources as they collectively hold approx 80 percent of the Iron ore reverses of the country and also has a presence of major ports such as Paradip, Kolkata, etc.