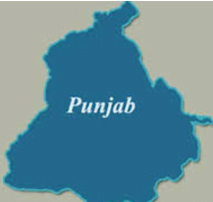 These Bills amends Indian Penal Code (IPC) and Code of Criminal Procedure (CrPC) to add necessary provisions. IPC (Punjab Amendment) Bill, 2018 inserts section 295AA to IPC which says that whoever causes injury, damage or sacrilege to holy religious texts with intention to hurt religious feelings of people, will be punished with imprisonment for life. The main objective of making sacrilege of religious texts punishable offence with life imprisonment is to preserve communal harmony in the society.

Previously Punjab assembly in 2016, when the previous SAD-BJP government was in power, had also passed Indian Penal Code (Punjab Amendment) Bill, 2016 and Code of Criminal Procedure (Punjab Amendment) Bill, 2016. The amendments at that time were approved to seek life imprisonment for desecration of Guru Granth Sahib, holy book of Sikhs which is considered as a living guru in Sikhism. President had refused to grant assent after Centre had raised objections to these Bills. Centre had raised objection, saying punishment of life imprisonment could not be limited to desecration of holy book of just one religion and should instead be for all religions. Both of these earlier bills now stand withdrawn with passage of new Bills.