Projects for Defence Industrial Corridor launched in Aligarh, UP 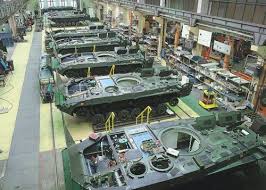 The projects for defence industrial corridor in Aligarh, Uttar Pradesh were launched recently by Union Defence Minister Nirmala Sitharaman and Uttar Pradesh Chief Minister Yogi Adityanath. It was launched as part of the Union Government’s efforts to develop specialised zones dedicated to defence production in the state.

As part of defence corridor in UP, six nodal points, Agra, Aligarh, Lucknow, Kanpur, Chitrakoot and Jhansi have been identified. There will be exhibition of products by armed forces, defence public sector undertakings (PSUs) and Defence Research and Development Organisation (DRDO) which are planned to be indigenised over the next five years.

Defence Manufacturing was identified as one of the 25 key sectors as part of Make in India initiative. In 2018-19 Union Budget, Government had announced setting up of two corridors – one in Tamil Nadu and other in UP- exclusively for defence manufacturing. The main purpose of setting of these two corridors is for inclusion of Indigenous Design, Development and Manufacture (IDDM) category and giving it top priority in capital acquisition, introduction of make procedure and simplification of licensing process and modification of offset policy.