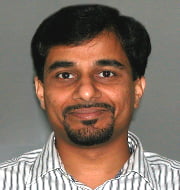 Prof. Sanjeev Galande has been selected for the prestigious G D Birla award for Scientific Research 2014.
He has been selected for his significant contribution and his pioneering research in the field of Epigenetics and Molecular Cell Biology.
Presently, he is a professor at the Indian Institute of Science Education and Research (IISER), Pune and also leading a team of scientists in studying various aspects of gene
Galande had obtained doctorate in biochemistry from Indian Institute of Science (IISc), Bangalore in 1996. He is also a postdoctoral fellow at the Lawrence Berkeley National Laboratory in the US. He is pioneer for establishing the Centre of Excellence in Epigenetics at IISER.
He is also a recipient of Shantiswaroop Bhatnagar award.

Epigenetics: It is field of science that deals with study of changes that influence gene function.