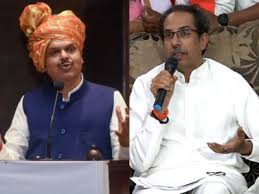 Due to a stalemate over government formation after assembly polls in the state of Maharashtra, President’s rule was imposed. The rule was imposed according to Article 356(1)

President’s rule has been imposed in the state for the third time in its history since its formation in 1960.

If the President receives a report from the governor of the state and is satisfied that a situation has arisen where the State Government cannot preside its duties according to the provisions of the constitution, he may by Proclamation

Though there has been President’s rule due to political reasons in the state, this is the first time, President rule is imposed due to inability of the political parties to form a government.