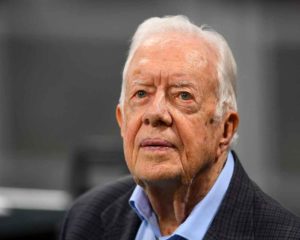 Jimmy Carter, Ex-President of United States of America (USA) won the inaugural George H. W. Bush Award for Statesmanship in recognition of his contributions to relations between U.S. and China.

Japan is to hold its first military drill with French and US troops in May 2021. According to Japan,...

The United States recently released its report on Macroeconomic and Foreign Exchange Policies of Maj...

Recent figures by the United Nations Conference on Trade and Development highlights that, China has ...

Context in Current Affairs: The National Academy of Sciences has recently found that the microwave r...