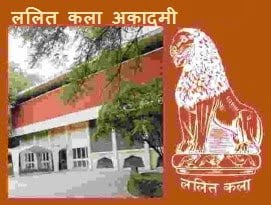 President Ram Nath Kovind has appointed Uttam Pacharne as regular Chairman of Lalit Kala Akademi. He will have tenure of three years from the date on which he assumes the charge of his office. He will replace ML Srivastava, Joint Secretary (Akademies), Ministry of Culture who was appointed protem chairman of Akademi in March 2018.

It is India’s national academy to promote and propagate understanding of Indian art, in and outside the country. It is also called as National Academy of Art.  It is autonomous organisation funded by Ministry of Culture.  It was established in 1954. It provides scholarships and fellow program and sponsors and organises exhibitions in India and overseas. It publishes bilingual journal.