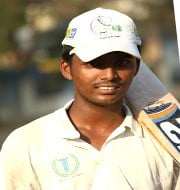 15-year-old cricketer Pranav Dhanawade created a world record by scoring 1009 runs (not out) in HT Bhandari Cup, an under-16 inter-school tournament held in Mumbai (Maharashtra).
With this, he also has broken a century-old cricketing record becoming the first batsman to score 1000-plus runs in an innings in any form of cricket.
Key facts