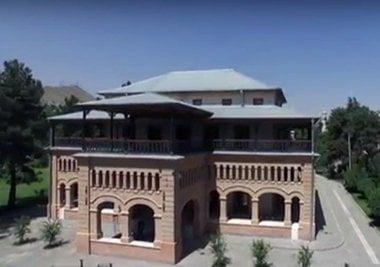 Prime Minister Narendra Modi and Afghanistan President Ashraf Ghani  jointly tele-inaugurated the restored Stor Palace in Kabul.
The Stor Palace is located in the Afghanistan’s Ministry of Foreign Affairs Campus in Kabul. The newly renovated and restored building will house the Afghanistan’s Ministry of Foreign Affairs.
Besides, it will also serve as the venue for hosting official domestic and international events by the Afghan government.
Background
A tripartite agreement for restoring Stor Palace was signed in 2011 during the visit of then Indian Prime Minister Manmohan Singh to Afghanistan. The agreement was signed between Aga Khan Development Network, Government of Afghanistan and Government of India.
India’s Contribution in Afghanistan’s development