PFRDA-CRISIL Report: India Ageing Gradually with Every 5th Person to be in 60s by 2050 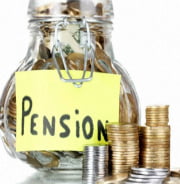 The report has stated that the continuously declining inter-generational support within families necessitates the development of well-developed, self- sustaining pension system in the country. The report calls for including personal finance and retirement planning as a part of formal education curriculum as they promote the overall objective of financial literacy.
The promotion of pension system is vital as it helps in achieving twin objectives of providing income security to a vast number of ageing population. It also helps in garnering long-term funds for critical, growth-driving sectors of the economy as also the capital market. Hence, the report has called for sufficient incentivisation of intermediaries to increase penetration of pension system in the country.
In India, which is an under-penetrated financial market has most of the investors preferring to invest in fixed deposits (FDs), which account for more than 44% of the financial savings as opposed to the provident and pension funds which accounts to just 14% of the savings that are primarily fed by the organised section of the society.  The report has observed that in India, increasing the penetration of pension products via voluntary pension schemes is the biggest hurdle in developing the pension system.

Atal Pension Yojana was launched in June 2015 to make the unorganized work force, which makes major chunk of India’s labour force (88%) join the National Pension Scheme. The subscribers of Atal Pension Yojana can receive a fixed monthly pension starting from Rs. 1000 up to Rs. 5000 after their retirement age of 60 until death. After the death of the subscriber, the spouse will be entitled to get exact same pension amount as the subscriber, until death of the spouse. The minimum age of joining APY is 18 years and maximum age is 40 years and thus minimum period of contribution by subscriber is 20 years.