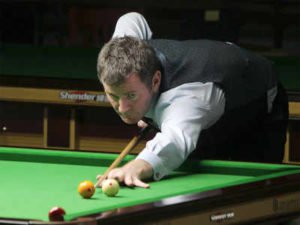 Kothari entered into the final of Pacific International Billiards after winning over Dhvaj Haria in Semi-Finals. But in final Peter Gilchrist was at his best to tame Indian cueist with 1500-706.

With this win Gilchrist avenged his 2018 WBL World Billiards Championship defeat in the finals in Leeds in England, UK.

He is a 50 year old English-born Singaporean English billiards player.

He has won World Professional Billiards and Snooker Association (WPBSA) World Championships in 1994, 2001 and in 2013.

He holds the world record for highest break in billiards (1346) under modern rules, at New Zealand Open Billiards Championships in 2013.

He is the only player of modern era who have scored more than one 1000 points in tournament break.