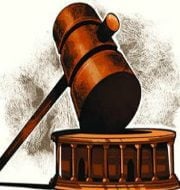 The Permanent Court of Arbitration (PCA) tribunal in The Hague, Netherlands has ruled against Antrix Corporation in the case with Devas Corporation over sharing of spectrum on satellites.
A PCA tribunal has found that the Union Government’s actions in annulling a contract between Devas and Antrix Corporation Ltd.
It also found that it has denied Devas commercial use of S-band spectrum constituted an expropriation (state actions in modifying the property rights of an individual in the exercise of its sovereignty. Following the ruling, India may have to give 1 billion compensation to Devas.
What is the case?

About Permanent Court of Arbitration (PCA)

Antrix Corporation: It is the commercial arm of Indian Space Research Organisation (ISRO). It is an anglicised version of Antariksha, from the Sanskrit word for “space”. It functions under the aegis of Department of Space (DoS), an independent Department directly working under the Prime Minister.