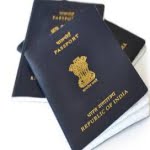 The ministry is to send two Reminder messages, one before 9 months and another before 7 months. Along with the reminder message, the passport holders will also be informed about the authenticate website of the Ministry which is www.passportindia.gov.in.

The Indian Passport is issued by the Ministry of External Affairs. The passport serves as a proof of Indian Citizenship under Passports Act, 1967. Around 65 million Indians hold passports as of the end of 2015. In 2015, India issued around 12 million new passports. This number has so far been exceeded only by US and China.

There are three types of passports as follows