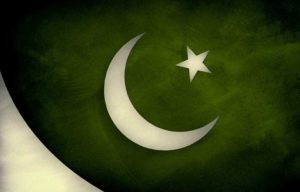 President Arif Alvi of Pakistan recently passed the Anti-Rape Ordinance 2020. The ordinance was passed following the protests in the country after a mother was gang raped in front of her children when her car broke down near Lahore. The ordinance proposed to create a National Sex Offenders Register. This has now been approved by the President.

This is the first National Sex Offenders Register being created in the country.

Apart from the creation of National Sex Offender Register, the ordinance will also create special courts. Anti-rape cells are to be established to provide medical examination within six hours of the compliant. The ordinance also has provisions of Chemical Castration.

Pakistan is a patriarchal nation. The victims of sexual abuse are often too afraid to speak. Only 3% of rapes and sexual abuse are reported in Pakistan. Also, Pakistan ranks third last or 151 in the Global Gender equality Index. There are more than 2,000 honour killings occurring in the country. Pakistan rank-s 130 in the United Nations Development Programme Gender Equality Index. For these reasons, it is essential bring in strict legislations to protect the women in the country.

India was the ninth country in the world to have a National Database on Sexual Offenders. The proposal to create a National Sex Offenders Registry in India was mooted after the 2012 Nirbhaya Gang Rape case. In India this database is maintained by the National Crime Record Bureau. It also includes offenders convicted under charges of eve-teasing, POCSO (Protection of Children from Sexual Offences Act), gang rape, etc.

It has records of convicts from the year 2005. It has names and details of around 4.4 lakh people convicted under various sexual crimes across the country.