Pakistan receives CSF tranche of $336 million dollars from US 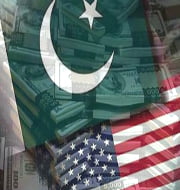 Pakistan received 336 million dollars fund from the United States for its on-going role in combating a Taliban insurgency in its neighbouring country Afghanistan.
The fund is provided by US under the Coalition Support Fund (CSF) programme which was started in 2001 after Pakistan became frontline ally of US-led coalition in Afghanistan.
This financial injection to Pakistan comes after Taliban militants had step up its annual summer offensive which was launched in late April, 2015.
Since the CSF programme began, Pakistan has received a total of 13 billion dollars in payments. In exchange for these reimbursements, Pakistan provides US and its allies to use its air bases and other facilities.
It should be noted that, the current CSF aid of 336 million dollars is the first tranche of total 1.5 billion dollars for the current fiscal year ending June 2016. It also first tranche since, US-led NATO forces ended their combat mission in Afghanistan in December 2015.
The injection of fresh cash has helped Pakistan’s foreign exchange reserves reach all time high to 19 billion dollars.